This is the Jewelry for Charity Piece for March. It's a OOAK bracelet in gorgeous, summery shades of orange, pink and white. I used polymer clay beads with flowers and dragonflies made by Bonnie Simonet and some orange and white swirled ones made by me. The Swarovski bicones are red topaz AB2x and they're perfect...they even shimmer with pink accenting the pink flowers in the beads (very tough trying to catch that in pix though).

The week of March 21-27 is a Week of Solidarity with People Struggling Against Racism and Discrimination and March 21st is the International Day for the Elimination of Racial Discrimination. I chose the orange color scheme because the ribbon color for Racial Tolerance is orange.

I wanted to select a charity committed to ending racism so I chose The King Center. Established in 1968 by Coretta Scott King, it's the official, living memorial dedicated to the advancement of the legacy of Dr. Martin Luther King, Jr., leader of America’s greatest nonviolent movement for justice, equality and peace. I hope we can one day achieve his dream of the Beloved Community, practice tolerance, appreciate each other's differences and live in peace.


I personally don't believe in race. I believe there is only ONE race...the HUMAN race...and within that race exists a diversity of cultures, languages, religions and other differences that should be celebrated and respected. I believe that we can end racism one person at a time...or maybe one family at a time, because racism is learned. Some thoughts to ponder...
"No one is born hating another person because of the color of his skin, or his background or his religion. People must learn to hate and, if they can learn to hate, they can be taught to love, for love comes more naturally to the human heart than its opposite."
~ Nelson Mandela
"Be the change you wish to see in the world."
~ Mahatma Gandhi
♥ Debi﻿
Posted by Debi at 1:18 AM 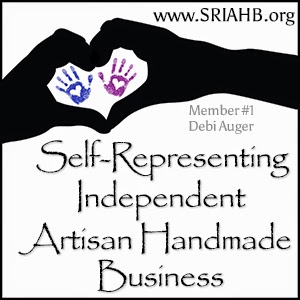